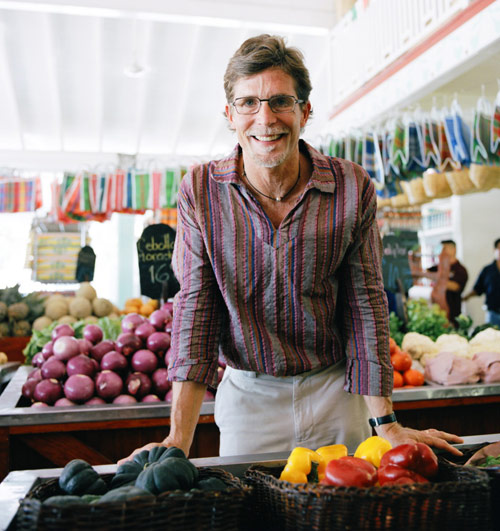 Most people know Rick Bayless from winning the title of Bravo’s Top Chef Masters, besting the
competition with his authentic Mexican cuisine. His highly rated public television series, Mexico:
One Plate at a Time, is broadcast coast to coast and his nine cookbooks have earned multiple high-
profile accolades.

Located in Chicago, Rick’s Frontera Grill and Topolobampo have each received the “Outstanding
Restaurant” designation from the James Beard Foundation — an unprecedented feat for side-by-
side restaurants. His wildly popular fast-casual Xoco has been around since 2009 and Tortas
Frontera at Chicago’s O’Hare airport has changed the face of airport dining.

The Government of Mexico has bestowed on Rick the Mexican Order of the Aztec Eagle–the highest
decoration bestowed on foreigners whose work has benefitted Mexico and its people.